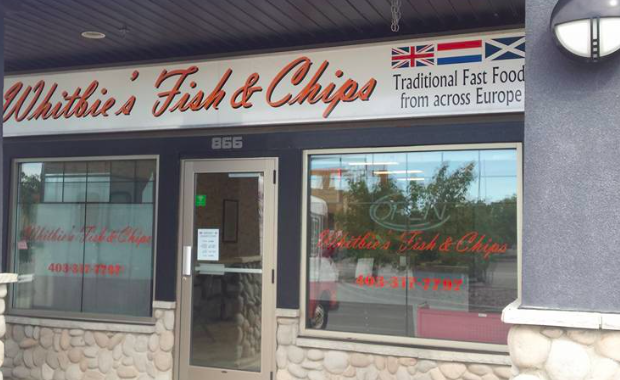 Well, here’s something you don’t hear everyday. Now, it’s no secret that beating a hangover can be as simple as finding some greasy food, so 31-year-old Colin Ross knew exactly what he was craving in order to feel better. The Alberta, Canada native decided to step into local Whitbie’s Fish and Chips for some fried goodness. What occurred next sobered him up more than the food ever could.

Amazed by the healing properties of his fried halibut and french fries, Ross wondered why the place was so empty. He struck up a conversation with the restaurant’s owner, 70-year-old John McMillan. McMillan informed Ross that business was anything but booming, with some days ending where McMillan “can’t even pay himself.” Ross, moved by the man’s struggles, decided to write about it on his Facebook:

“So I ordered the halibut special for $24. Absolutely amazing. That’s traditional British fish and chips. Just what I needed. And the owner was a gem. Real classy, stand-up guy. So I ask everyone in Lethbridge to share this and go support this hard working gentlemen. He deserves it…; Thank you, Lethbridge! Show this man some support! That’s my good deed of the day. Have a great day!” Ross said on his post.

That was a week ago. Since then, the post has been shared nearly 9,000 times, and now, Whitbie’s Fish and Chips has lines flowing out the door. 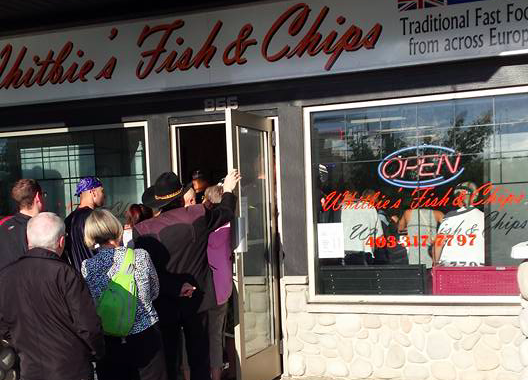 The above image was just three days after Ross’ post went live.

McMillan told CBS, “Our business has just gone right through the roof to the point where, you know, we’ve got people waiting an hour and a half to an hour and three quarters for their dinner.”

One person even commented on the post saying she’d flown from Dubai for the famous fish and chips, a 13,000 mile trip.

Who knew that some headache-inducing drinking could ultimately wind up saving a business? All jokes aside, Colin Ross showed how the power of social media, of sharing and positivity, can change a person’s life forever.